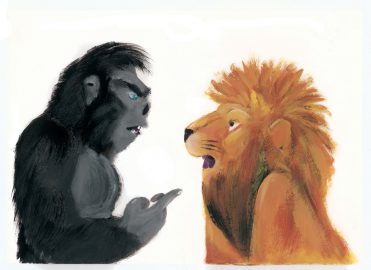 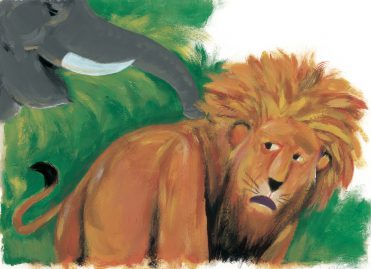 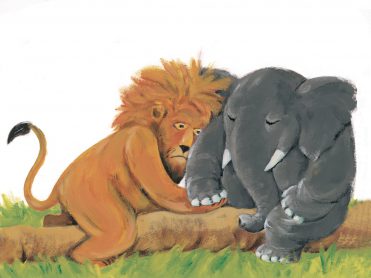 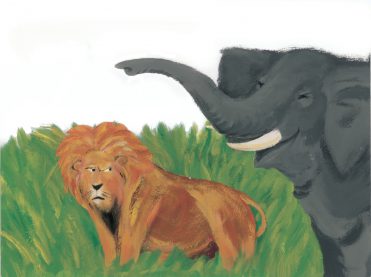 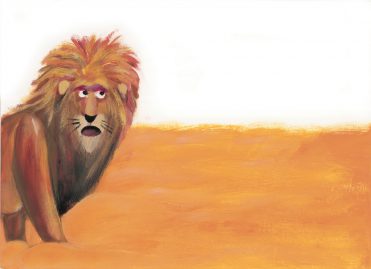 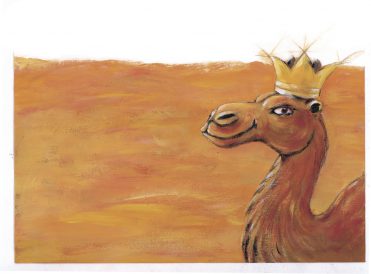 This is an illustrated book of which I am both author and illustrator. It tells the story of a lion in the grips of a strong identity crisis who thinks he is king of the animals but always finds himself faced with someone more agile, intelligent, or stronger than he is.

Along with other illustrated books I have authored and published in various periods, this one is part of an ideal series of humorous stories with a – not so hidden – moral.

The others are E’ più forte di me!.
Il più peloso dei mostri pelosi Piccoli, 1996 tells how I imagine the life of the Yeti, “the abominable snowman”.
Il principe e il barbuto, Piccoli, 1995 a grotesque tale set in the XVI century with the style of a western.

But a hairy hand taps him on the shoulder. Rat-a-tat-tat.

And the Gorilla says:  “I am the king of the forest”!

“But I’ve always said that I was! ” protests the lion.